About 200 Jewish children are enrolled in the institution, which features a robotics lab, modern furnishings, pottery workshops and table tennis stations By CNAAN LIPHSHIZ | The Times of Israel JTA — A century ago, communists shuttered the synagogues of Tomsk, one of the oldest cities in Siberia. It was a painful blow, especially to […]

Hundreds of community members, dignitaries, and rabbis attended the festive inauguration event in which a brand new Torah Scroll was introduced into the historic Golden Rose Synagogue of Dnipro, Ukraine, first established in 1868. The ceremony took place in the Jewish community’s conference hall, located on the 17th floor of the Menorah JCC building. The […]

Dozens of remembrance events and ceremonies are taking place these days across Ukraine, in cities, villages, and mass-grave sites, in memory of the Holocaust victims murdered by the Nazis 80 years ago after invading Ukraine. Hundreds are attending the ceremonies, including members of the Jewish communities, school and university students, government officials, and regional rabbis. […] 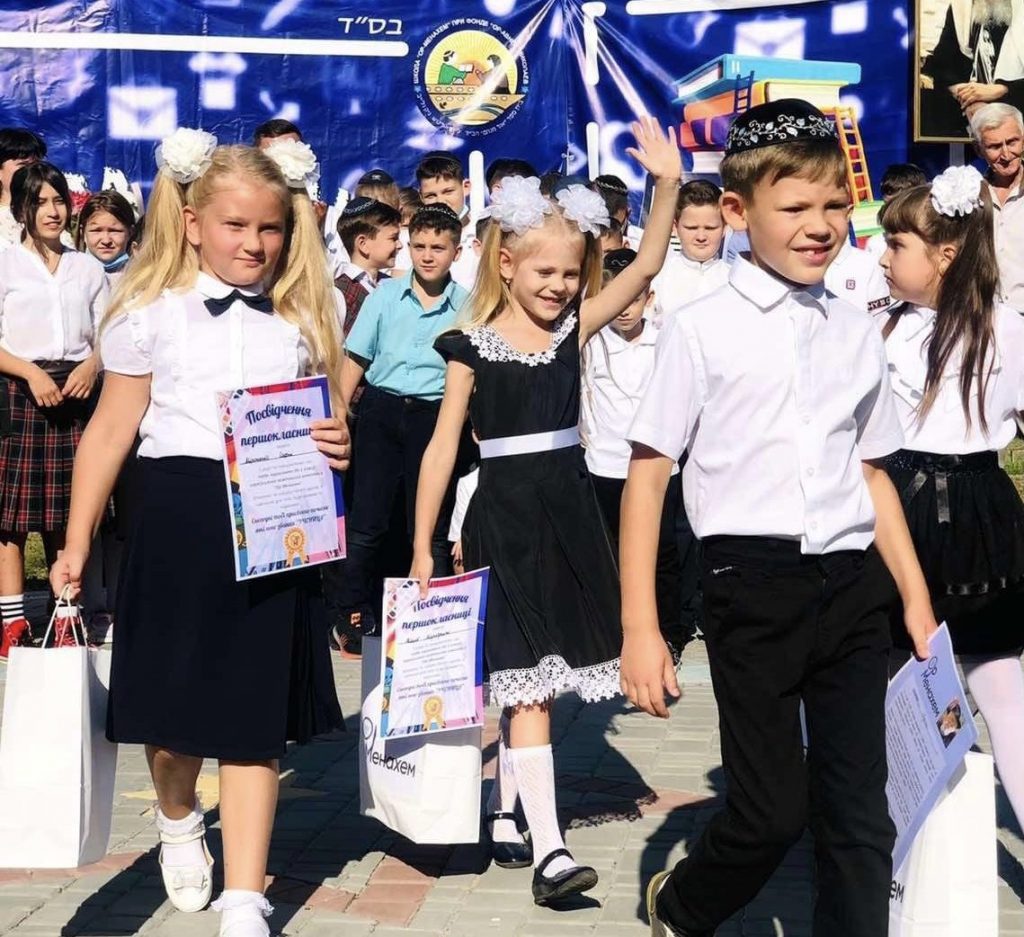 As the new academic year kicks off, dozens of improved, modernized Jewish schools throughout the former Soviet Union welcome students after many months of online learning. Thanks to the donors, FJC successfully carried out a major renovation project, transforming infrastructure, refurbishing facilities and equipping Jewish schools and kindergartens with cutting-edge technological tools. Larisa Bobakova, the […]

Russian leader hails community for its work ‘to facilitate Russia’s successful development’   By: Times of Israel staff Russian President Vladimir Putin on Monday issued a message to the country’s Jewish community for the Rosh Hashanah holiday, in which he praised its work toward developing and pushing the nation forward. “Jewish religious organizations are doing […]

Sixty-two Jewish female students from across Russia and other FSU countries, participated in YAHAD’s nine-day unique seminar, combining intensive Torah and Jewish studies and a special summer vacation. “The Girls Yeshivacation program,” says Rabbi Moshe Rochlin, Director of the Girls Yeshivacation “has been in operation for the last eight years in cooperation with the Machon […]

EUROTRIP 5781: Excelling Students Treated to a Once in a Lifetime Trip to GEORGIA

Ninety extraordinary Jewish students from across Ukraine, members of the STARS Intensive learning program, enjoyed an unforgettable 7-day trip, combined with an inspiring seminar, to Tbilisi, the capital of Georgia, and its surrounding region. The students from different cities across Ukraine participated in intensive Torah and Jewish learning 8 hours each week during the last […]