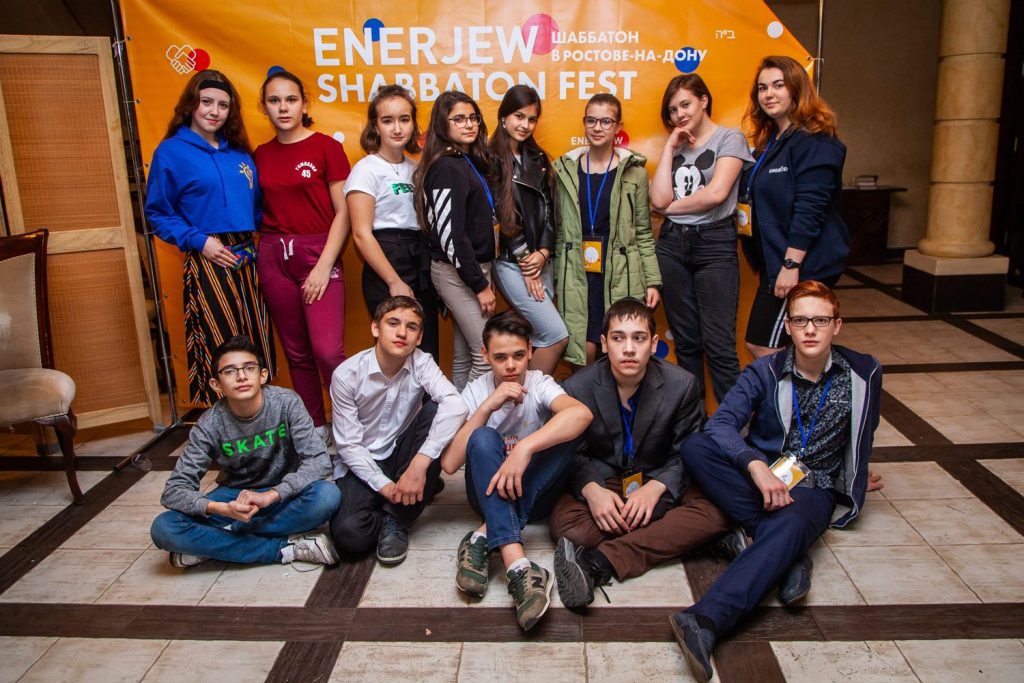 Hundreds of Jewish teenagers came together for EnerJew youth movement’s “Shabbaton Fest” – 12 Shabbaton seminars that took place from December to April of this year in 51 FSU cities and seven countries overall.

With the help of EnerJew’s mentors, coordinators and educators the teen activists planned, hosted, learned, bonded and above all had fun in a most Jewish, homey and warm atmosphere possible.

“EnerJew seminars provided Jewish youth with fun and exciting ways to connect to their Jewish heritage and make friends from all over the region while learning to be active leaders of their local communities and hometowns,” said Konstantin Shulman, the youth movement’s project director.

The seminars’s format varied from city to city, each one providing a surprising and successful way to get the teens involved and active. The geographical span of the seminars was particularly massive – hosting cities included Kharkov, Haditche, Ufa, Birobidzhan, Yaremcha, Rostov, Novosibirsk, Petersburg, Baku and Moscow.

“The incredible atmosphere of the seminar was the thing that impressed me the most. Even though the program was packed, the participants were bustling with energy. The Shabbaton passed in a blink of an eye – teamwork and cooperation were  beyond believe, while programming was breathtaking,’ said Alina Rostovtzeva, coordinator of Mariupol’s EJ club about the seminar in Haditche, a small Ukrainian town prominent for its Jewish history where 8 EnerJew cities and about one hundred participants met.

The “Shabbaton Fest” is a new format for EnerJew seminars, which were previously divided into small local events and two grand annual gatherings. “Seminars in this format provide a more intimate and detailed way for the participants to connect, allow them to do much more hands-on planning and programming and practice their leadership skills,” Mr. Shulman said about the new format.

EnerJew is the largest Jewish youth movement in the FSU region connecting teens aged 12 to 17 to Jewish identity and values of community, leadership and involvement. It has been growing exponentially since its launch in 2014 and now amounts to a few thousand members.