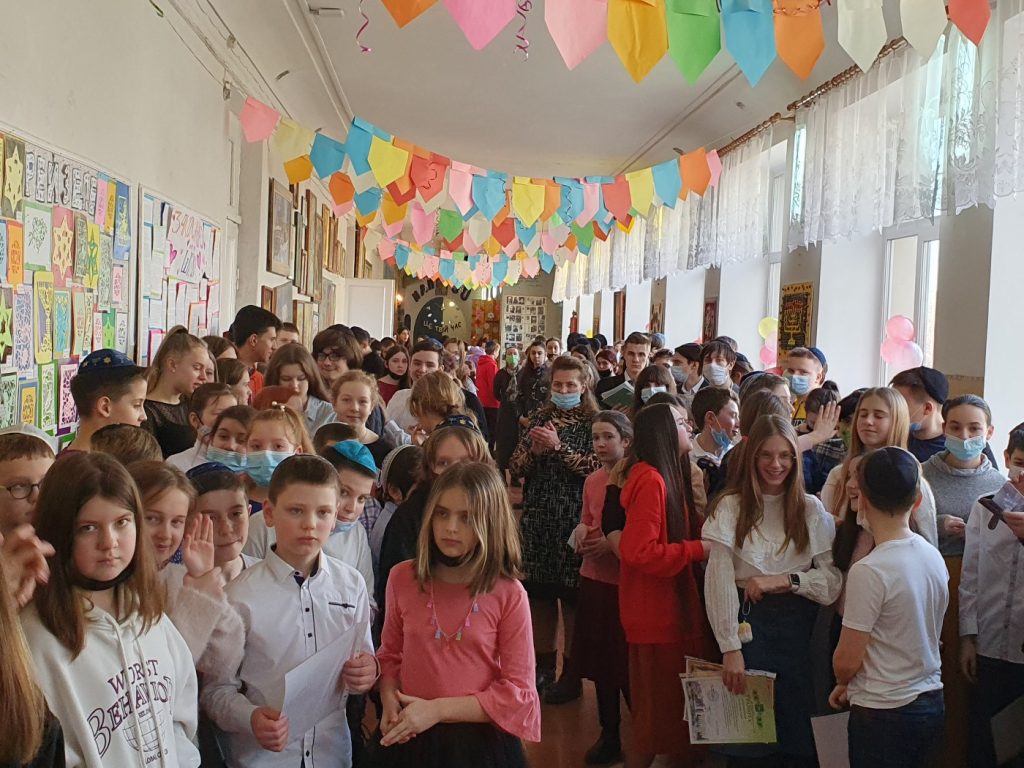 In the summer of 1990, Rabbi Moshe Moskovitz, now Chief Rabbi of Kharkov, was sent to Ukraine’s second-largest city as a Chabad-Lubavitch emissary together with his family by the Rebbe, Rabbi Menachem M. Schneerson, of righteous memory, to revive Jewish life in the region. The central task handed to them by Rebbe, said Moskovitz, was clear from the beginning: Chabad’s concern first and foremost had to be Jewish education, which had been virtually non-existent during the Soviet era. The Communist regime had closed the last Jewish school in Kharkov in 1936.

In February 1992, the Moskovitzes opened Kharkov’s Ohr Avner Jewish Day School together with Grigory Shochet, who has been the school’s director ever since. The school has for decades served as a second home to the thousands of children who are proud to have been students of the school, explained the rabbi.

During today’s celebrations at the high school, Shochet reminisced about the beginnings of the school and how it has grown. “Who would have believed when I met Rabbi Moshe Moskovitz in the synagogue on Pushkinskaya Street in the early 1990s … that we would end up making a school that has thousands of alumni,” he said.

“The whole world is looking at Ukraine now and asking: What is happening with the Jewish communities there? Are schools open? Are people walking in the streets as usual?” Rabbi Moskovitz said during his address to the students. “We can proudly say that all of you are here, learning in our Jewish School, smiling and proud of your Jewish heritage.”

The smiles and excitement also were evident in the elementary school, where the children had prepared for weeks for the big day, putting on a special program and singing “Oseh Shalom” and “Happy Birthday” amid the festivities.

Vlada Koshiy, a former Ohr Avner student and mother of Masha, a current second grader explained that “the school is not just a building. It is alive and growing, and with all the changes over the years it has always remained a family, a place where all the students, teachers and alumni feel like one.”

The Kharkov Jewish School is an integral part of the Kharkov Jewish Community that has since August 1990 developed into a warm and vibrant center of Jewish life. The community is in the midst of distributing hundreds of Shabbat food packages to local Jewish homes, sending a message of hope and unity.

Jews in the former Soviet Union have long looked to the worldwide Jewish community for help and support. As Kharkov’s 25,000 Jews watch and wait to see what each new day brings, they’ve turned to the community for support and encouragement, praying together for a miracle.

PrevDnipro, Ukraine: Hundreds Attend Festive Torah Inauguration
Who Are the Jews of Ukraine?Next