One word described Latvia when I visited during the sticky September sandstorm: placid. That’s not meant to be pejorative, especially considering the respite it gave from the dust.

Latvia is like the Daugava River running through the capital, Riga: indifferent, serene and crisp. With a population of about two million spread over a land mass of 65,000 square kilometers, no wonder Latvia is so… quiet.

That makes Latvia an unlikely escape for Israelis, who are frequent tourists at other Eastern European capitals, such as Prague and Budapest, but who still haven’t discovered the Latvian capital, despite its rich and often tragic Jewish history.

This may be because there are fewer flights, with AirBaltic and El Al periodically offering the four-and-a-half-hour nonstop flight.

Riga is not as architecturally or historically magnificent as Budapest or Prague; it’s more like a “boutique” European capital, known for having the finest and largest collection of Art Nouveau architecture in the world.

The cobblestone paths, parks and rivulets flanked by 19th century structures and imposing churches provide that unmistakable European vibe during the day, with an ample nightlife selection at night. (The Cuba Bar is a good place to start for foreigners.) All this without messy bustle and crowds.

Riga was once home to an intellectually active and diverse Jewish community, contrasting with the former hassidic stronghold of Dvinsk (today’s Daugavpils), which was home to Rabbi Abraham Isaac Kook and the young Mark Rothko (born Markus Yakovlevich Rotkovich), among other prominent Jews.

Latvia declared independence in 1918 from Czarist Russia, but Jewish life declined once the Soviet Union forcibly incorporated Latvia in 1940; it collapsed with the Nazi invasion in 1941. Jews, if they sensed what was coming, escaped: to Palestine or to Russia, if they hadn’t already been sent to Siberia or to concentration camps. The Soviets’ second try at occupation in 1944 saw some Jews return, but not as openly proud Jews.

According to Rabbi Mordechai Glazman, the Chabad emissary in Riga since 1992, about 8,000 Jews live in Latvia today, compared with 93,000 before the Holocaust. The Chabad movement has historic roots in Riga; in 1928, it served as a getaway for the Lubavitcher Rebbe as he escaped the Communists.

“We basically had to start everything from scratch,” Glazman said in his Israeli accent at an interview at the monumental, guarded 19th century Great Synagogue, located in the Old Town right near Rock Café and a slew of cafes and bars aspiring to trendiness. 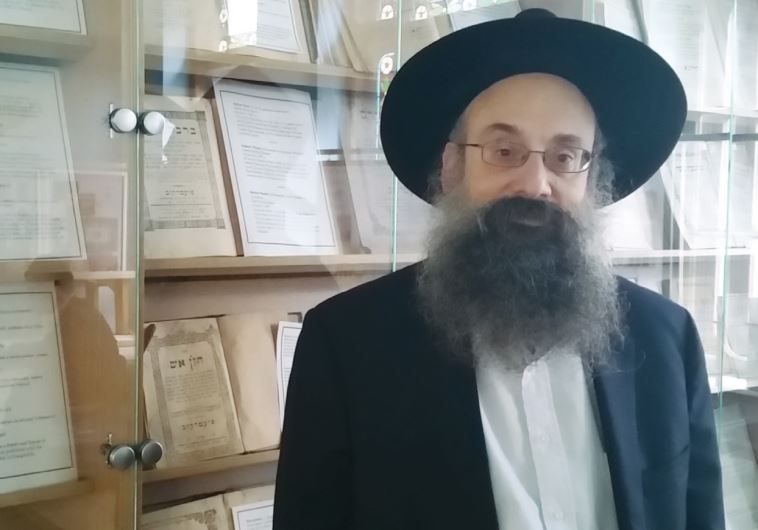 Chabad provides Jewish services to the locals, travelers and a growing student population.

Considering the trend of studying medicine abroad, efforts are being made to recruit Israeli students to the international medical program of Riga Stradins University, said medical student Stav Brodsky, who attended the Rosh Hashana dinner Chabad hosted for some 150 guests, including about a dozen fellow students.

According to Glazman, Latvia is popular among Jewish tourists for heritage tours; indeed, at the Rosh Hashana feast was a group of Canadians touring through Lithuania and Latvia in search of their roots. 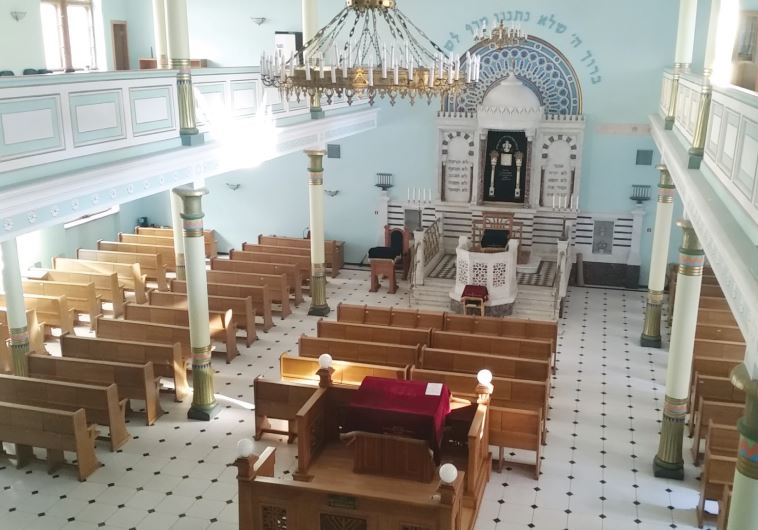 The inside of Riga’s 19th-Century Great Synagogue, located in the Old Town (photo credit: ORIT ARFA)

But a tour of Riga could be exhausted rather quickly. Latvia’s forests, lakes and rivers are the country’s promise for international tourism, especially the Israeli market.

“The major tourist attraction should be nature tours,” said native guide Andris Geidans, lamenting how the government has not yet tapped this potential. He believes there is an activity for every season, even the cold winter – natural springs, river rafting, hiking, trekking and skiing.

Latvia is known for its forests, although for Jews not in a good way. A large poster at Riga’s Jewish Museum marks where mass Jewish graves exist amid the country’s evergreens. But now Latvia’s forests are seeking to earn a better reputation.

I joined a group of Jews of Latvian descent now living throughout Europe and Israel who came for a weekend reunion tour of the countryside, with its home base at Bellevue Hotel in Riga, established by a Latvian Jew.

The stories of these Jews are very similar: Their parents left during the war and came back.

With the fall of the Iron Curtain, some seized the chance to leave – to Israel or Berlin. Latvia holds no real sense of nostalgia to them, but it is a place where they return to see friends and family.

Together with them, we discovered pockets of paradise. Sillakas, in the Cesis district, for example, is a fishing farm founded by “bourgeois” fish farmers who had to flee the Soviet invasion, but who returned to claim their property in 1992. Aside from guiding the traveler through trout fishing, they provide homemade, scrumptious fish meals. Another gem was the Jonathan Spa, where you could sit in a Jacuzzi overlooking a river and country lodges, feeling like you’re relaxing at the end of the earth. Archery, medieval life reenactments, and meals on a river raft are some of the other attractions.

Russians have accounted for most of the tourism, flocking to Jurmala, a beach resort town, the white beach closest to Russia. Sigulda is the other Latvian tourist trap, with its castles and ski resort. 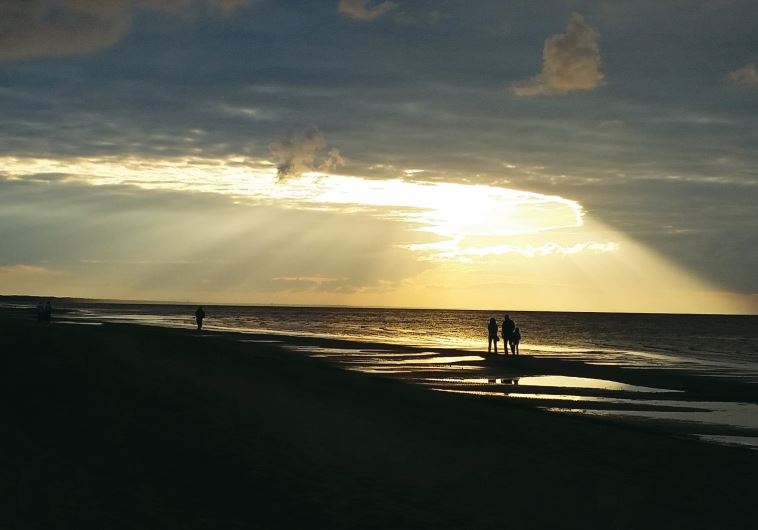 And while Latvia seems to be an intersection between the East and West, Communist-era corruption still persists. While driving down the wrong lane by accident, my friend and I had to bribe the cop with €10 to get out of a “ticket.”

Still, Latvia is poised to be an antidote to the stresses of Israel, even as the stresses for Jews of time past cast a shadow over Latvian sunny days.