As part of the official working visit to the United States, President of Ukraine Volodymyr Zelensky and First Lady Olena Zelenska, accompanied by the Chairman of the FJC Ukraine Rabbi Meir Stambler and Vice Chairman Rabbi Rafael Rutman, held meeting with the leaders of American Jewish communities and organizations. During his visit to Washington, DC […]

In the year of many challenges, presented to us by the global pandemic, Ukrainian Mitzvah Tanks continued to spread light and hope across the country. With the support of the FJC and other organizations, twelve rabbis drove over 7,000 km through 60 settlements and visited over 1,000 Jews. About half of those people had no […] 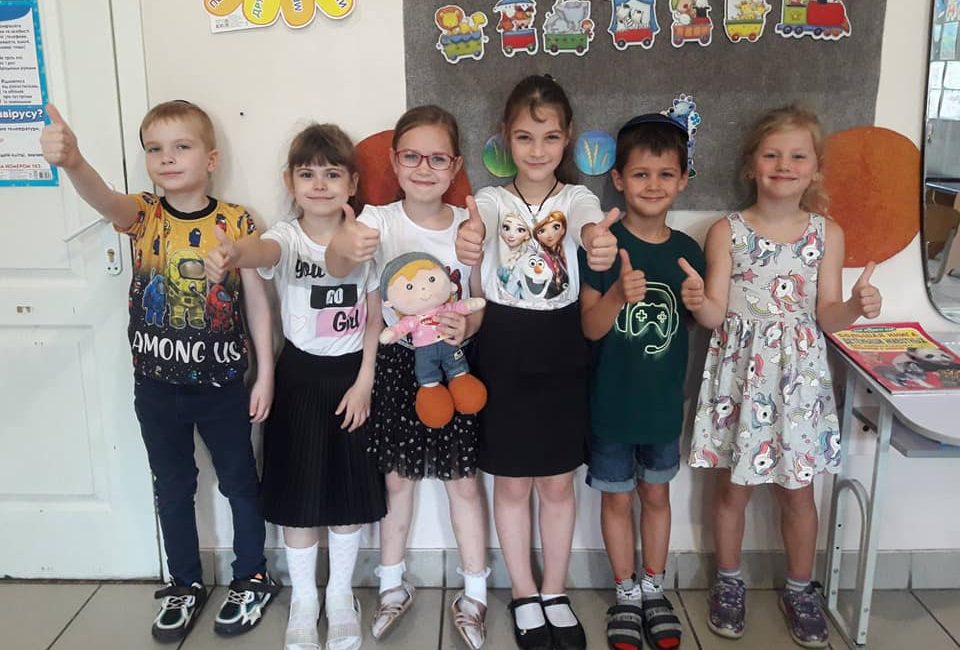 “Shalom! What are you doing here? I thought I’m the only Jew in town!” calls out an elderly man to a group of young rabbinical students on the street of Chornomorsk, southwestern Ukrainian city. The rabbis come closer and engage in witty banter, making the atmosphere upbeat. “He didn’t even know there were other Jews […]

Despite the global pandemic, the Synagogue-on-wheels, or Mitzvah Mobile, returns to the streets of Ukraine to introduce thousands of Jews to the rich heritage of Jewish tradition, culture and values. This time they travel not only for the outreach and education, but also for the support of the most vulnerable members of the Jewish communities […]

Tents for Mass Vaccination Set Up in Dnipro Menorah Center

On June 20, Jewish Medical Center (JMC) began vaccinating residents of Dnipro, Ukraine, in the yard of the world’s largest Jewish center ‘Menorah’. The opening of the several tents for the Regional Coronavirus Vaccination Center took place Sunday at 10:00 and was attended by a number of officials and guests of honor. Victoria Kulyk, Acting […]