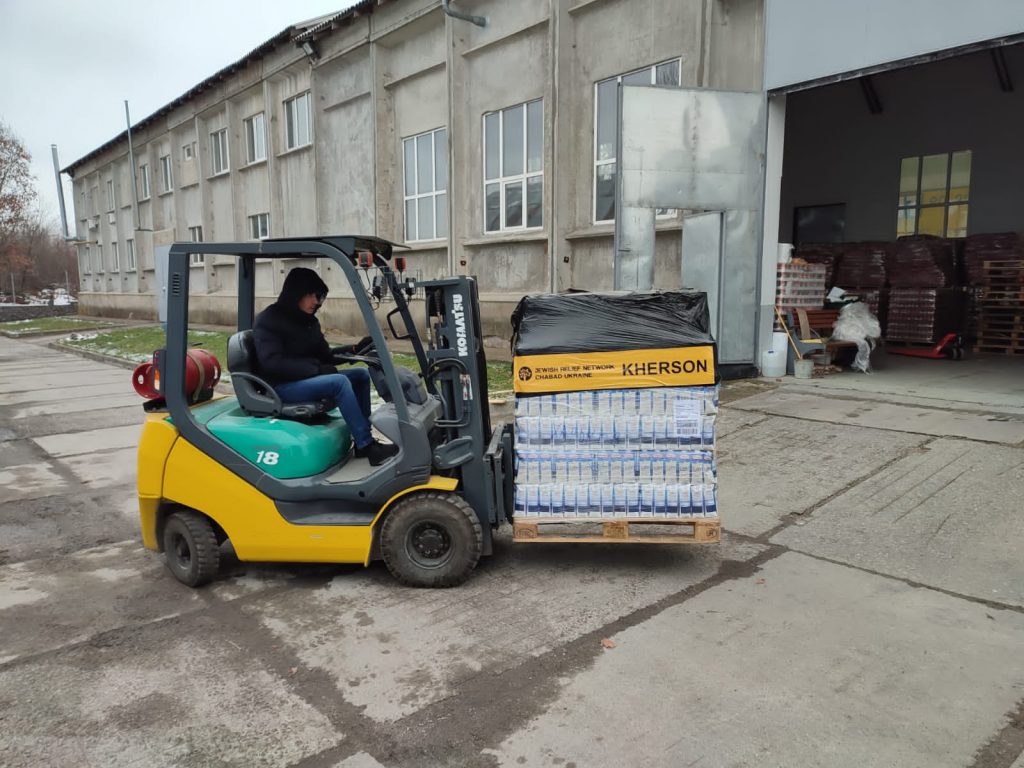 The electricity is down, the water isn’t flowing, the heating has stopped working, the shelling continues, and the weather is extremely cold. The Jews of Kherson are trying to survive the severe crisis that afflicts their city. The city’s rabbi: “There is great danger and daily problems.”

Jewish life in Kherson has become unbearably difficult. The city’s Jews, estimated at close to a thousand people, try to survive despite the great difficulty.

“The situation is very difficult,” says the city’s rabbi and Chabad emissary, Rabbi Yosef Wolf. “For 17 days, the city has been without electricity, without water, and without heating. At night, the temperatures have already dropped below zero degrees Celsius, and this is a very complicated situation.”

Even this week, Kherson is still in danger and the residents of the city are very anxious. “The city is being bombed non-stop for five days now,” says Rabbi Wolf. “The combination of heavy shelling with freezing weather makes it very difficult for all the residents, including members of our community.”

In the past few days, Rabbi Wolf has received a large shipment of food and medicine, which is helping the Jews of the city to survive. “We received a critical shipment from the JRNU, the Federation of Jewish Communities’ relief network in Ukraine. There is no doubt that it literally saved lives, and raised the morale of the Jews of Kherson. It really warms our hearts in this cold.”

The atmosphere among the Jews of Kherson isn’t easy. “Everyone is trying to cope, the situation isn’t easy, to say the least. We walk around the streets seeking essential needs, but there is great danger and daily difficulties. In the last few days, we have been working on receiving water and gas supplies and are trying to create temporary alternatives. Many residents huddle during the day wrapped in blankets and warm clothing.”

A large generator was recently installed in the synagogue with the assistance of FJC’s JRNU. “The city’s Jews come to the synagogue especially to warm up,” Rabbi Wolf testifies. “The generator works several hours a day and allows people to warm up. The synagogue is warmer and more pleasant. The Jews of Kherson try to keep optimistic and pray for the end of the crisis,” Rabbi Wolf concludes.

Based on an article by Hanan Greenwood | Israel HaYom