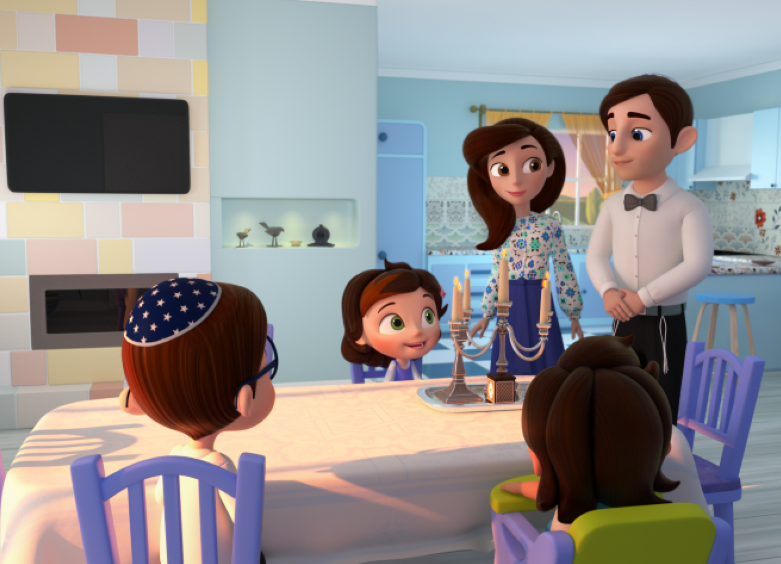 The Secret Room series combines comedy, adventure and educational elements to explore a variety of symbols and concepts from Jewish culture, history and lifestyle. The film is designed for preschool children and consists of 26 six-minute episodes performed in 3D and 2D techniques.

According to the creators of the project, the Secret Room is a metaphor for the human heart that tells people whether they do the right or wrong thing and also helps to find hidden treasures in their soul.

Andrey Bakhurin, the director of the film, says the team started working on the series last year, during the lockdown. The crew members were located in Moscow, St. Petersburg, Ufa and Canada and communicated via the internet.

“Despite the distance, I instantly found myself surrounded by the team of creative like-minded people who loved the Secret Room project and were ready to work closely and listen to each other. That was important because we didn’t waste our time on arguments but supported each other,” shared Bakhurin.

The story is built around a family with three children who just moved into a new house. One day, the children find a magic door, invisible to adults, that leads them to the Secret Room where miracles happen: objects come to life, strange creatures show up and living pictures appear in the air. However, children can get there only by solving puzzles and completing tasks.

“Secret Room is an educational project, aimed to widen the knowledge of the viewer. However, the main purpose of animation is entertainment, so above all I want kids to have fun while watching my work,” added the director.

The 770 Foundation, which presents the cartoon, pointed out that this family series is not only for those who are already immersed in Jewish culture, but also for a wider audience interested in other nations.

Andrey Bakhurin noted: “Jewish culture is presented in people’s lives much more than it might seem. However, we know very little about this tradition. I believe the Secret Room will be of great interest not only to Jewish viewers, but to representatives of other cultures as well.”

The premiere episodes are viewable on ivi and YouTube and will soon appear on other streaming platforms and children’s TV channels.

Photos and video provided by the 770 Foundation.