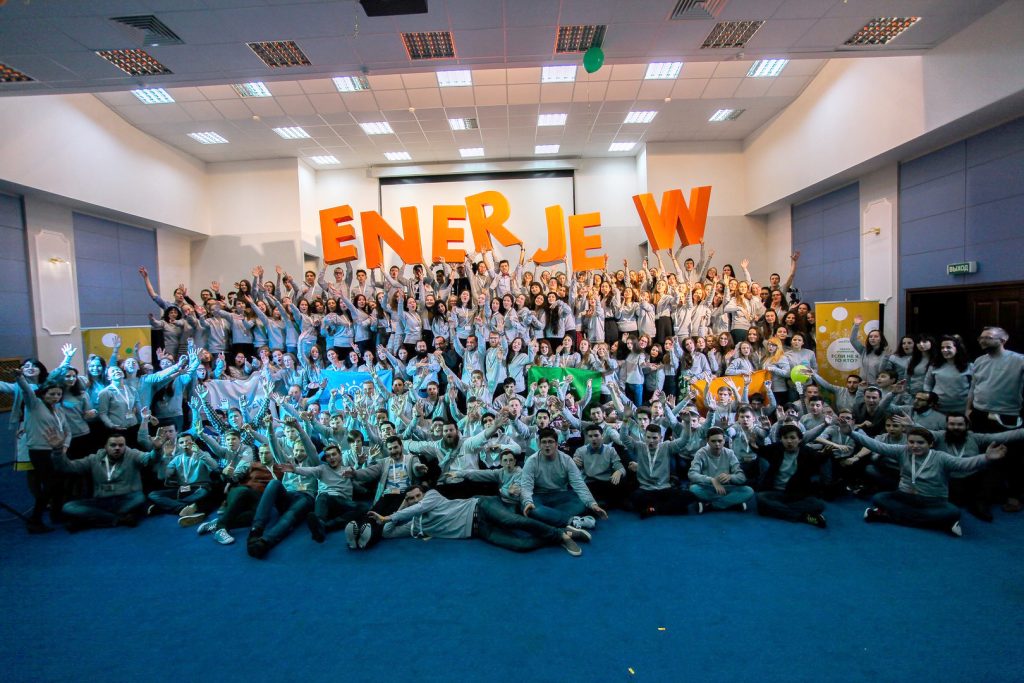 The large EnerJew seminar “Grand Shabbaton North”, which brought together over 250 teenage activists from 19 cities in Russia and Belarus, closed this week, after an impressive 5-day marathon of learning and inspiration.

The seminar concluded with a gala-dinner attended by Chief Rabbi of Russia Berel Lazar, FJC Russia president Alexander Boroda and prominent philanthropist George Rohr, who is very involved with Russian Jewry, among other honorable guests.

“Everyone was amazed by the incredible energy in the air that evening. First and foremost the participants themselves, they said how much they are inspired. Anyone who was there felt that here is a birth of a real power, a power that will be actively affecting the future of Jewish communities in the FSU,” said rabbi Moshe Rochlin, one of the EnerJew leaders.

The next seminar, “Grand Shabbaton South,” which is going to bring together activists from Georgia, Azerbaijan, Ukraine and Estonia, will take place in the beginning of January.

EnerJew is the Jewish youth movement of the FSU, which focuses on developing leadership and initiative and educating teenagers about Jewish heritage. It also runs a successful counselor program, where young activists are taught informal education skills to lead programs, youth groups and camps and prepare future leaders from within the local Jewish communities.

The seminar is organized by EnerJew in partnership with the FJC, the Finger ans Leviev foundations, and with the support of Jewish Agency for Israel.