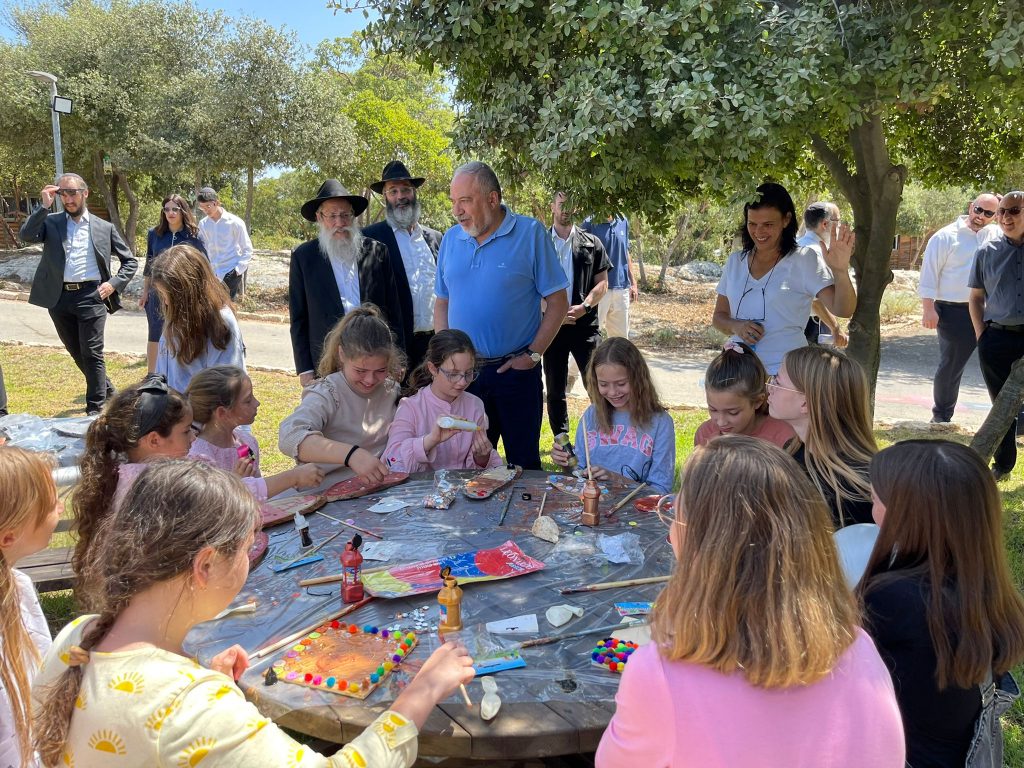 Israeli Minister of Finance Avigdor Lieberman could hardly believe that the smiling children he met on Monday fled from FJC’s Alumim orphanage and children’s home in Ukraine just a few months ago.

Israeli Minister of Finance Avigdor Lieberman met with happy and engaged children on Monday. It was hard to believe that just a few short months ago, these 90 kids were forced to flee the Alumim Orphanage and Children’s Home in Zhytomyr, Ukraine, in the middle of the night.

Lieberman held a meeting with Rabbi Shlomi Peles, Executive Director of the Jewish Relief Network Ukraine, along with Rabbi Shlomo Whilhelm, Chief Rabbi of Zhytomyr at the new location of the orphanage in Israel.

“The continued support by the State of Israel for the Jewish communities from Ukraine who have been evacuated and sponsored by FJC and Chabad has been overwhelming,” Rabbi Peles said. “We are grateful to have earned the trust of the Israeli Government, and we look forward to finding new ways to continue our collaboration to help the Jews of Ukraine.”

In the early days of the crisis, under the leadership of Rabbi and Mrs. Rochel Wilhelm, the orphanage residents were evacuated to Israel in a harrowing journey through the Carpathian Mountains and Romania.

Last week, they were treated to a special experience when they visited the ancient city of Hebron. The kids enjoyed a guided tour, in Russian, of all Hebron’s historic sites, including the Cave of the Patriarchs, the tomb of the famous Rebbitzin Menucha Rachel, Beit Hadassah, and the local Jewish museum. There, they prayed for global peace and redemption.

“It was a very exciting, interesting, and especially an emotional experience for all of us,” said Rabbi Wilhelm. “For the children to see the place where it all started with their own eyes –was a touching and everlasting experience. The local Jewish community was very welcoming, and made sure the children enjoyed every moment.”

Based on an article by COLlive reporter