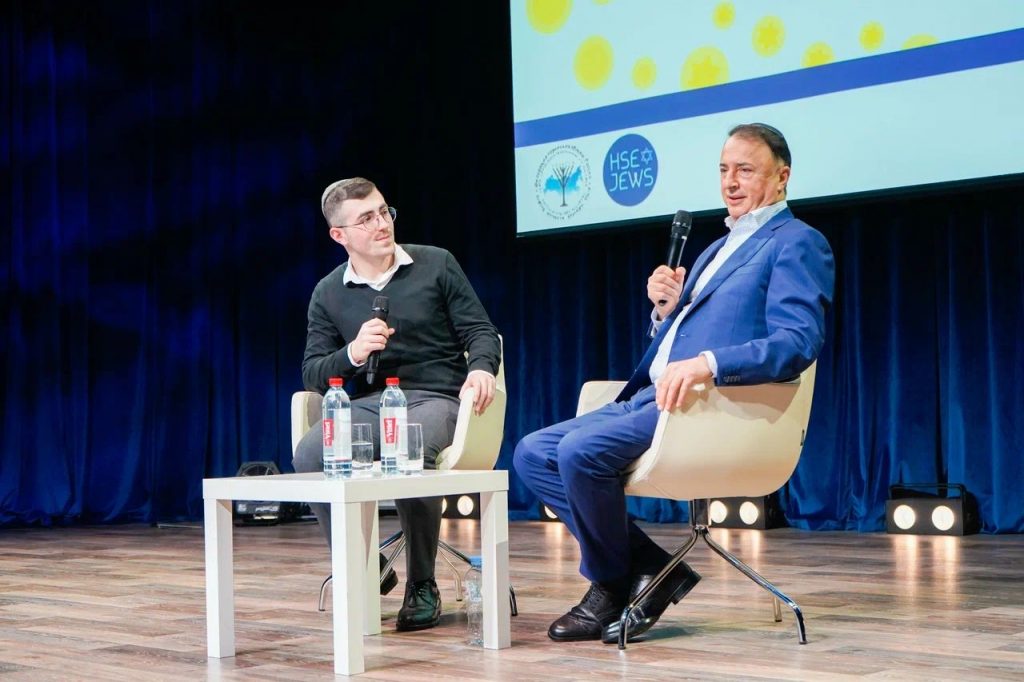 The High School of Economics in Moscow – considered one of the best academic institutes in Russia – proudly hosted the first part of a special and prestigious festival aimed at exposing its many Jewish students to Judaism’s unique values and ideals. The ‘Jewish Knowledge Day’ attracted hundreds of students, who enjoyed fascinating events and speeches by leading figures.

Among the interesting figures attending the festival, and turning it into a great success, were the famous video blogger, Mr. Ilya Varlamov; the head of Jewish youth programs in Moscow and a leading musician, R’ Mikhael Stavropolsky; the Vice President of the 1518 Studios, Mr. Maxim Mikheenko; head of the FEOR department of public relations, Rabbi Baruch Gorin; Professor of the School of Philology, Prof. Maria Steinman; and the philanthropist and entrepreneur and President of the Federation of Jewish Communities of the CIS, Mr. Lev Leviev.

The knowledge festival was organized by Rabbis Moti Kantor, David Breiman, and David Shapiro, from the “LaDaat” organization, and exposed the students to the Jewish approach to science, religion, business, and the arts.

The Chief Rabbi of Russia, Rabbi Berel Lazar, sent his greeting to the participants of the festival, stating that “Our people are called ‘the people of the Book’; the acquisition of knowledge has always been considered one our most important tasks in life. Everything else can be lost if the circumstances of life fail, but knowledge always stays with a person… I hope that each of you will gain new knowledge at this festival, so that you can then apply it in your daily life, for your own good, for the good of your loved ones, and for the benefit of our entire nation.”

Due to the Covid-19 restrictions, the festival was split into two, and the second part is scheduled for late February.

Prev160 communities across Ukraine will hold ‘Day of Prayer, Torah, Charity’
The 92-Year-Old Man Who Made Me CryNext