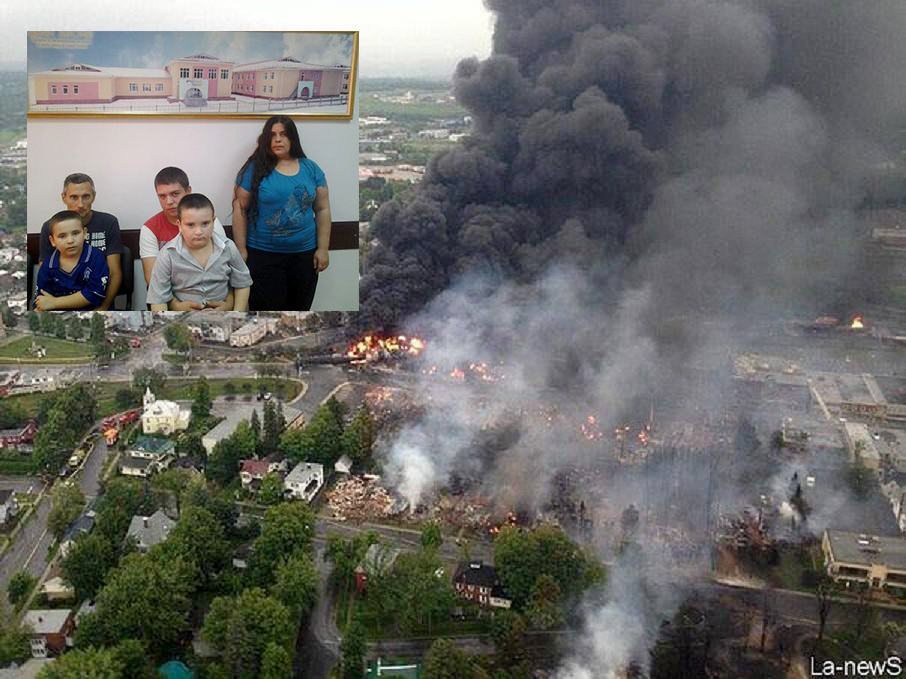 On the Journey to Freedom * Escaping from Lugansk

It was impossible to get David and Daniel to get a rest this afternoon. They ran across the FJC’s and Fellowship’s joint safe summer camp for Jewish refugees from the war-stricken areas of Eastern Ukraine, breathing the fresh air and the freedom they sorely lack.

“Mother, where is the shelter?” they asked as soon as they arrived. After getting use to sleeping in a small shelter with twenty other people for a month and a half, finding it hard to fall asleep because of constant rockets, sirens and explosions, their question was reasonable – a reality you cannot get used to.

Today they arrived and were welcomed by dozens of friends and relatives who have been waiting for them for the last week, carefully following every piece of information, worried if they would manage to escape the bombarded city of Lugansk and arrive safely in Zhitomir.

On Saturday the 26th of July the railway station of Lugansk was bombarded, leaving hundreds of Jewish families stranded in the city. They missed the last train. The city has been under siege since then, with limited food and water supplies, and the price of the remaining products sky high.

A week later, on Sunday, the electricity was cut off to the entire city and the water supply disrupted. All connection with the city was terminated. Panic held the streets. People started invading the empty apartments collecting whatever supplies they could find in order to survive. The five neighbors that were left from a 50 apartment building, went out in the evenings to collect pieces of wood so they could light a fire under the building to cook some soup with a few vegetables.

This is happening now in Lugansk in August 2014, not in the Second World War.

The FJC’s “Simcha” Children’s home of Lugansk, has become a home for an additional thirty refugees who miraculously found their way to the building. They found there not only shelter, but also a warm and loving couple who would do anything to help them survive. Among the refugees cramped in the small house, were also the Kazinko family, Natasha and her three boys: Davis, Daniel and Denis.

The family escaped the city of Karshdoba from the Lugansk district, but only at the last moment after two houses beside theirs went up in flames. Their city was struck heavily even before Lugansk was, but at first they didn’t want to leave. One night, it was too much and they collected the little they could carry and found their way to the Children’s home.

“We didn’t leave home for over a month, especially not after noon,” David recalls. “Only when uncle Sergei asked for help to carry water from a distance of 500 meters away did I go out to help him. The streets were empty of people or cars. The only thing I could see was a very long line of people waiting to buy some bread.”

Natasha the mother can hardly speak. She is in trauma and, even now, after the family was smuggled out of the Children’s home and brought to the Fellowship’s camp in Zhitomir, she finds it hard to communicate. We managed to get a few words out of her, and understand how terrible her nightmare was. “My kids haven’t slept for nights, and when one falls asleep the other awakens in tears, and I cry with them. If Yelena from the Children’s home would not have let us in we would be somewhere else, maybe not alive, surely not healthy. She is our angel.”

“Nobody cares about what’s happening in the streets of Eastern Ukraine. The world is silent, I can’t get the pictures of the bodies lying in the streets out of my head,” says the family’s father Vitally. “People are being killed, houses destroyed. Nobody cares except the Jewish community, Rabbi Eckstein and the Fellowship”.

Amazing volunteers have been circling from home to home, during the last few days, giving out water and food and convincing members of the Jewish community to leave. Finally, they succeeded. This last Shabbat, despite the danger and the holiness of the day, after the remaining gas supply was also shut off, the residents of the Children’s home and additional families decided to make their way from Lugansk to Zhitomir for safety.

They organized four private cars and packed in as many people as they could. The ten first kilometers were horrifying – thousands of soldiers, explosions, gunshots, tanks – but they knew that if they get through this part they have some hope.

They were stopped not less than ten times, their clothes were checked and documents confirmed and only then were they allowed to continue on their journey. One of the mothers lacked documents, and only thanks to bribery and much entreating was she permitted to escape.

Finally they arrived at the village of Shasta and were smuggled into an apartment of a member of the local Jewish community who cared for them and provided them with food and supplies. From there, the  safe summer program in Zhitomir was the next stop.

After 20 hours of driving, they arrived, protected by the Almighty who lit their way. Now they can shower, receive new clean clothing, enjoy warm delicious meals and enjoy peace and quiet.

They have received their lives back as a gift. Many more are still stranded in Lugansk, waiting for the fresh air of freedom, but knowing the FJC in partnership with the Fellowship and thousands of caring individuals from across the world are doing all they can to get them out and bring them to safety once again.

Join our urgent campaign at => https://fjc-fsu.org/new_fjc/emergency-campaign/ 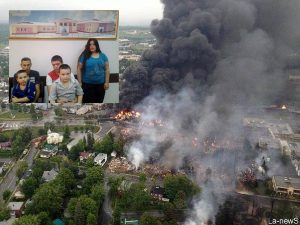