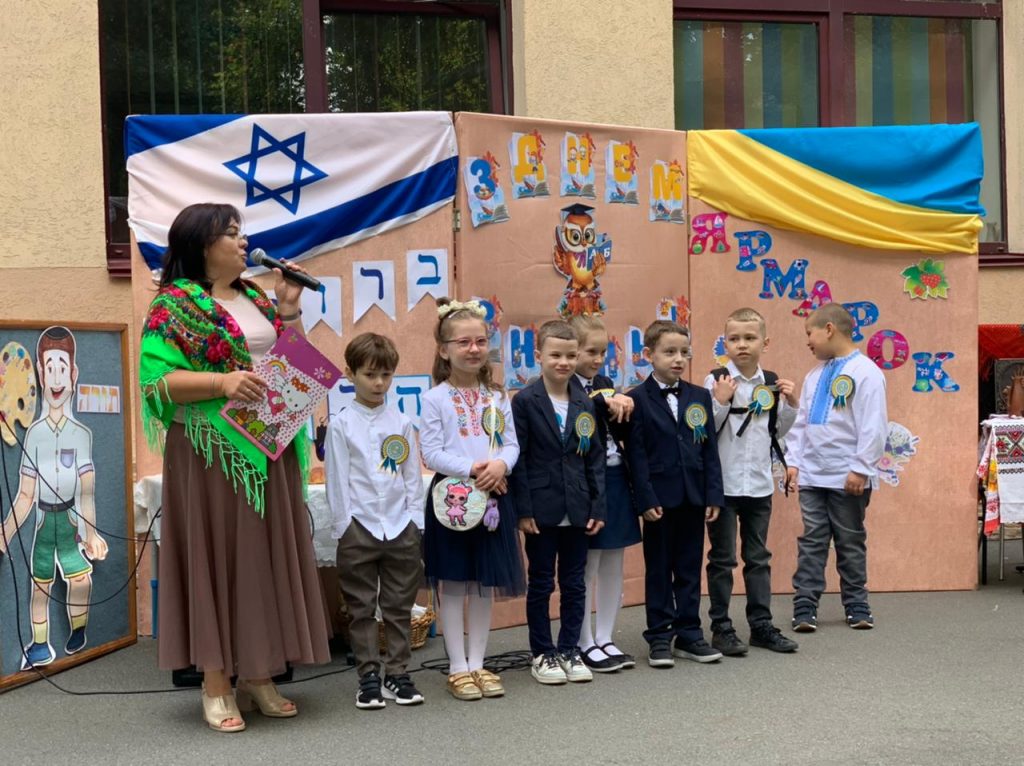 New school year in Ukraine: Classes and Students in Shelters, Others Moved to Zoom

Many schools are operating in shelters, some are completely empty and others have opened with relatively few students compared to previous years. There are also schools that switched to distance learning * A look into the beginning of the new school year in Ukraine.

The new school year in Ukraine opened in the shadow of the ongoing crisis that has not yet ended, and which will soon mark half a year since it broke out.

Many schools are operating in shelters, some are completely empty and others have opened with relatively few students compared to previous years. There are also schools that operate in facilities without a protected space and have had to switch to distance learning, just as in the Covid-19 epidemic.

The new academic year opened with the traditional ‘First bell’ ceremonies attended by the students and their parents, in hope and prayer for a calmer and safer school year than the past one. The Ukrainian holiday, marking the opening of the school year, came with mixed feelings in the shadow of the horrific crisis.

“This morning we opened a new academic year for the twentieth time in a row,” said Rabbi Dov Axelrod, the Chief Rabbi of Cherkasy. “Despite the situation, we opened a new first-grade class and the children are extremely excited. A safe area will be arranged near the school, due to the situation.”

FJC’s administration has declared that “Supreme efforts are being made by all the communities and rabbis to open the ‘Or Avner’ schools across the country, despite the crisis and the complex security challenge. For over thirty years, the Or Avner Jewish educational institutions have raised generations of Jewish children in Ukraine. They are our hope for continuity and the generations to come.”