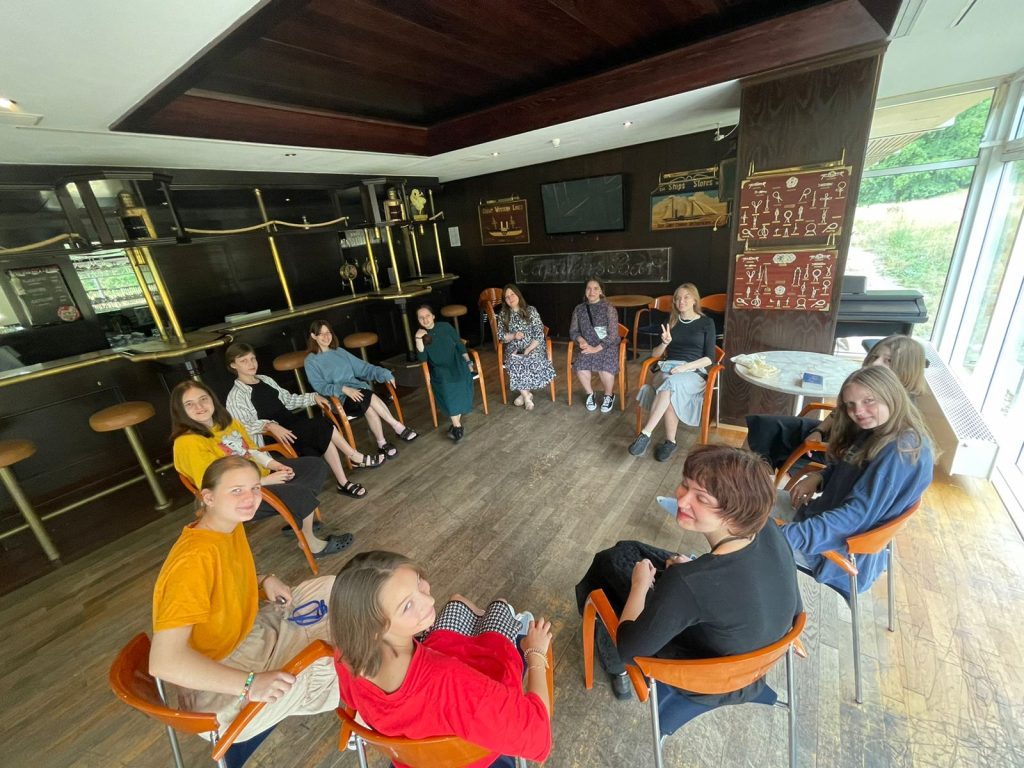 Fleeing from the inferno in Odesa, 180 children take up residence in Berlin hotel and adopted by local Jewish community but now they must find new accommodations as funds run low

Some 400 Jewish refugees from Ukraine who to Berlin amid the crisis in the country are searching for new accommodations after the hotel they were staying in demanded this week they leave.

The refugee group from Odesa, led by Rabbi Avraham Wolf and his wife Rabbi Haya, includes over 180 children who were living in the orphanage the couple ran in Ukraine, the youngest among them is a month-old infant.

The children went through a long journey before settling safely in Berlin. The group was staying in a hotel in the German capital which assisted them, but the group was notified they would have to leave the hotel this week.

The Wolfs found another hotel that would accept them, but its asking price stands at over $600,000 a month, which the couple says is beyond their means despite months of collecting donations through crowdfunding.

“It’s not easy to ask for more help after so much was given up to this point,” Rabbi Haya said. “We have to worry about the welfare of children whose parents aren’t around and are dependent on us. Now our group’s accommodations also became a real issue, we don’t have the funds for it.”

Rabbi Haya thanked the local Jewish community, led by Rabbi Yehuda Teichtal for their help in hosting the refugees. “We wouldn’t have survived without them,” she said.

Rabbi Avraham Wolf, the chief rabbi of Southern Ukraine and the Chabad emissary in Odesa, said expressed cautious optimism that “things will work out” thanks to “our faith and confidence”.

“Help from the local Chabad in Berlin helps us deal with the darkness we found ourselves in over the last five months,” he said.

“Everyone is going through difficulties on a daily basis, missing their home, and worrying about their relatives who stayed behind in Ukraine. Our mission is to help them physically and mentally, and we do our best to achieve that.”

Documentary filmmaker Liat Mia Lombrozo follows the group and documents their journey. “I was filming in Berlin for a week,” she said. “I came to document the rabbis and children, and saw their tough financial situation and the rabbis’ difficulties to ask for help after efforts were already made to transport the group from Odesa to Berlin.”

Lombrozo launched a crowdfunding campaign in a bid to help the Wolfs and their orphans. “It would be enough if everyone who hears about the group donates 18 NIS ($5.5),” she said. “Every donation helps. The rabbis are angels who rescue children who come to them from broken families, and some are under their full custody.”

Update (21.8.22): A new compound has been located, yet at extremely high costs. To help the Jewish children of Odesa, click here.